What’s the Difference Between Busbars and Cables? 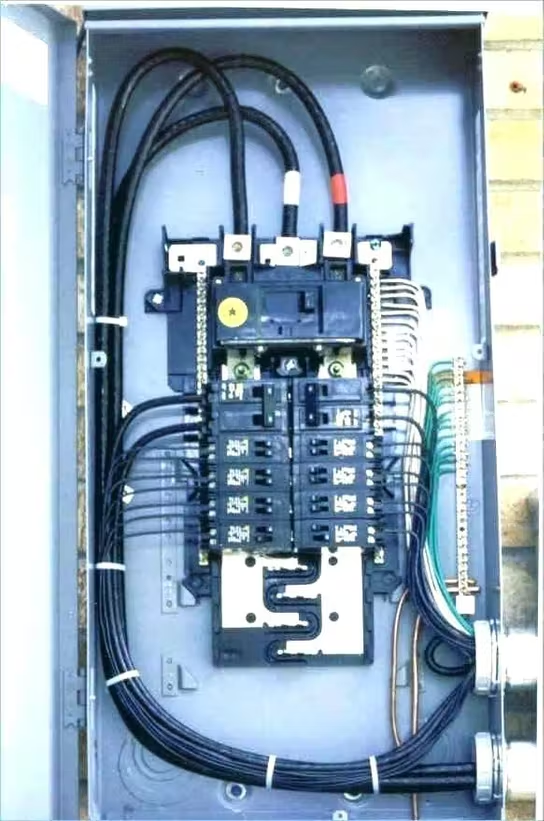 Busbars are metal bars used to carry large amounts of current. Often made of copper or aluminum, every home electrical panel has busbars to distribute ac power to the rows of circuit breakers (Fig. 1).

Quite often, busbars have no insulation—they’re protected by a separate enclosure. Cables can’t have insulation when used for ground connections; more typically, they have an outer jacket that provides electrical isolation and shock protection

The insulation on a cable means it’s possible to reduce its inductance by making it into a twisted pair. To better couple busbars, you can run them close together. However, it’s difficult to intertwine them like cable. Still, a busbar can provide a lower high-frequency impedance compared to a single cable if it has more surface area that can take advantage of the skin effect. Interleaved busbars are able to help overcome non-uniform current distributions due to the proximity effect.

The lack of insulation on a busbar can also be a benefit in a fire. With no polymer materials to decompose and give off toxic gases, a busbar might be a safer design choice.

A cable will shine where you have motion or vibration that the cable can accommodate, whereas a busbar would not. Then again, the lack of motion compliance in a busbar might be just what you need if you have variable currents that might cause motion in cables due to magnetic coupling. Some of the motion a cable can accommodate is due to thermal expansion, no matter if the temperature change is from ambient conditions or from the current carried in the cable.

A busbar is a structural element and might need fewer supports compared to an insulated cable (Fig. 4). On the downside, if your application has a lot of twists and turns in the power routing, a cable may be simpler to route rather than bending up a complex busbar. This could also mean that cable systems are easier to change if power sources or loads move around in your system.

Read more: What’s the Difference Between Busbars and Cables?