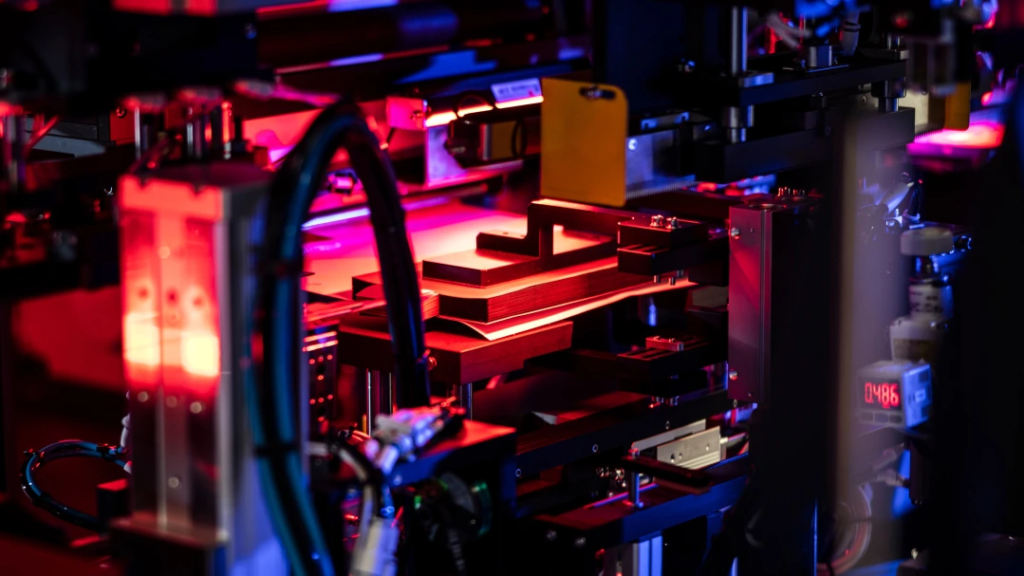 While electric vehicles are rising in popularity, they are still limited in range—a Tesla Model 3 can go for about 350 miles before it needs to be recharged—and concerns about safety have plagued the lithium-ion batteries that dominate the market.

In a quest to build batteries for electric vehicles that can take us farther safely, startup Solid Power is working to make solid-state batteries that could pack more energy into a smaller space.

The company has taken a step toward testing the technology in vehicles, starting up a large-scale pilot manufacturing line to make battery cells that replace the liquid used as the electrolyte in lithium-ion batteries with ceramic layers. The full-size cells the pilot line will produce are about the size of a small laptop computer, the same size as those that eventually will be strung together to power electric vehicles.

This solid-state battery technology is still years away from going commercial—Solid Power plans to ramp up to producing enough material for 800,000 cars annually by 2028—but if it proves practical, the batteries could increase the performance of electric vehicles significantly.

Solid Power won’t be making and selling full batteries in the future, however. Instead, it will provide the solid electrolyte material to other battery makers, says CEO Doug Campbell.

The electrolyte shuttles charge around inside a battery as it’s charging or releasing power. In lithium-ion batteries that power electric vehicles today, the electrolyte is liquid; solid-state batteries use a solid layer of electrolyte that’s squished between the other layers of the battery to ferry charge.

The approach unlocks new options for battery chemistry. In particular, lithium metal and silicon-based chemistries are unstable or unsafe when combined with liquid electrolyte in the cell, but could be used in theory if a solid were swapped in instead.

The result would be a battery that could pack more energy into a smaller space—meaning cars could go farther before running out of charge. Solid Power’s batteries could eventually improve the energy density of lithium ion batteries by about half, Campbell says, so a vehicle that used to go 350 miles before needing to be recharged might be able to stretch its range above 500 miles.