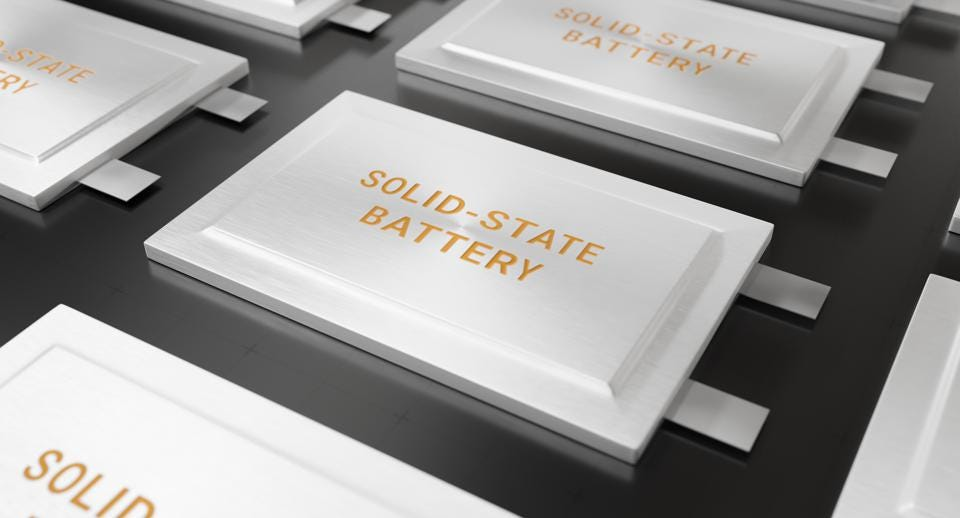 Solid-state battery technology should be the knight in shining armor for the electric car revolution, as it steps in to slash the cost of batteries and make living with a plug-in car just like an internal combustion engine (ICE) only better.

The trouble is, the timetable for adoption keeps slipping and a mass market-ready product isn’t likely this decade, allowing time for other solutions like fuel cells to make up lost ground.

Solid-state batteries promise fast, ubiquitous charging, and enough power to outrun ICE cars not just in the city, but on the fast lane of highways too on the long-distance race to the summer sun.

Solid-state batteries are a work in progress at the moment and the date for a possible triumphant debut recedes as one problem is solved only to unearth another in a kind of high-tech whack-a-mole game. From an expected imminent debut, the introduction date for mass markets has receded well past 2030 for many analysts, and this spells trouble for electric cars because they must be truly affordable by then for average wage earners. After all, by 2030 countries like Britain will have banned the sale of new gasoline and diesel cars, and big manufacturing countries like Germany, France and Italy may well join them, although Germany’s new coalition has held off for now. If there are no new electric cars costing as much as the cheapest ICE ones – say €10,000 ($11,200) – by 2030, a huge number of people will be excluded from the market causing them much angst as they wait for the bus. Manufacturers won’t be happy either as their sales are decimated.