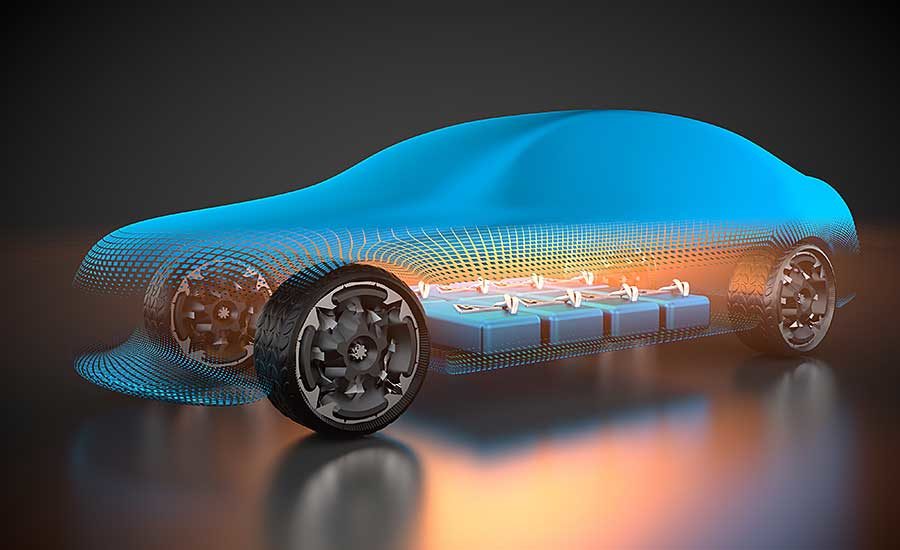 Whether it rolls, floats or flies, every electric vehicle needs sensors to monitor current, temperature and voltage. Battery management systems (BMS) are the “brains” responsible for the efficiency, safety and longevity of lithium-ion batteries. The primary role of a BMS is to ensure the battery operates within its safe operating area by continuously monitoring its current state and logging performance data in real-time.

Battery management is now front and center in vehicle development due to the fact that it is at the heart of everything that an EV has to offer. Driving range, performance and charging times all depend upon a strong and stable battery management setup.

Sensors are required to monitor the battery and power train system, and ensure that the demands of drivers can be met over a sustained period of time. One company at the forefront of BMS technology is TE Connectivity, an American-Swiss operation that designs and manufactures a wide variety of connectors, sensors and other devices

From its headquarters in Schaffhausen, Switzerland, TE Connectivity works with numerous OEMs around the world as they look to transition from gas to electric power trains. Its line of passive, active and Hall current sensors are integral components of EVs, responsible for monitoring the health and state of batteries.

“If we really want to commit to emission targets globally, there is no way around improving electric vehicles,” says Monika Kuklok, director of product management for transportation sensors at TE Connectivity. “While I used to think that roughly 40 percent of vehicles would be electric by 2033, I now think that [threshold] will be reached before then.”

For that to happen, of course, improvements in charging times and vehicle ranges need to take place, which is where the likes of TE comes in. Current sensors for battery management systems do a lot, but there is a lot of R&D work going on.

“There are different architectures and technologies used today and the market is in flux,” claims Kuklok. “Currently, we are between three sensor technologies: shunt-based, magnetic-based and fluxgate.

Among those options, shunt is the one that we believe in the most. That’s not saying that the others don’t offer a viable solution, but the shunt-based technology has advantages.

“One of them is accuracy,” explains Kuklok. “It gives you the best idea of what is going in and out of the BMS. There are also advantages when it comes to monitoring maximum overcurrent and degraded accuracy measurement, plus the shunt-based technology is robust against magnetic fields.”

“The other advantage is that shunt is a very simple and cost-effective solution,” adds Kuklok. “When you think about how you would integrate the technology into a bigger system, all of these factors make a difference. Cost is a big factor in electric vehicles. [It] will [determine] the technology that’s ultimately used.”

TE Connectivity has integrated a negative temperature coefficient (NTC) measurement into the setup. “When you have high currents running, you can get heat, which is never good,” says Kuklok. “The integration of an NTC is something we hold a patent on and we believe [will provide] customers some additional benefits, such as giving an even quicker signal if the temperature reaches a critical state.”

Currently, there are passive shunt-based products available from TE, but the next development stage from the company will be active shunt. “This evolution moves away from an analog signal and instead runs information on a digital output,” explains Kuklok. “However, there are so many different architectures around at the moment that each OEM is trying to figure out whether it should use a standalone current sensor or integrate it somewhere within the system.